The Gate Art Collective presents MAN FLOWERS the second of 4 exhibitions at 57a Goldhawk Road - located beside Goldhawk Road tube station.  The exhibition will open on Tuesday 27th May at 2pm.
This exhibition celebrates the artwork of Nick a regular members of the Gate collective. He has produced a serial flow of flower images over the years that carry a distinct style. These works on paper set out in a grid like form are made using colour felt pens. Due to the on set of dementia recently the work has changed; the flower motif has splayed. In honor of him, other members of the Gate have made their own interpretations of his work and the flower motif. These are displayed alongside the two texts written about his work below: -

More wallpaper featured such florid florals in the now-distant 1970s; serialized and complacent at the architectural perimeter, the wallflower came to be known as a timid personage, at pains to act.  These bright blooms in spectral marker claim a more prominent position flattened against the wall; reminding of pure joy, psychedelic, peace, love, revolution and a language of possibility.
-Kari 2011

There are ones that look like lots of lines going up and down
left and right.
I think it looks like a bookshelf or a library.
Next one is the flowers
good colours and nice to look at the flowers can look like something else.
One looks bright
and the next one looks colourful.
The paint can look like table bats.
The lines on the first picture it really looks like a sound system, and an album hooked on the shelf.
And these flowers can also look like so many shapes
you can see
like t-shirts and masks from carnival and a banjo and a big funfair.
These colours can look nice in the dark like how plates can look like so many clothes and dresses.
- Leon 2014 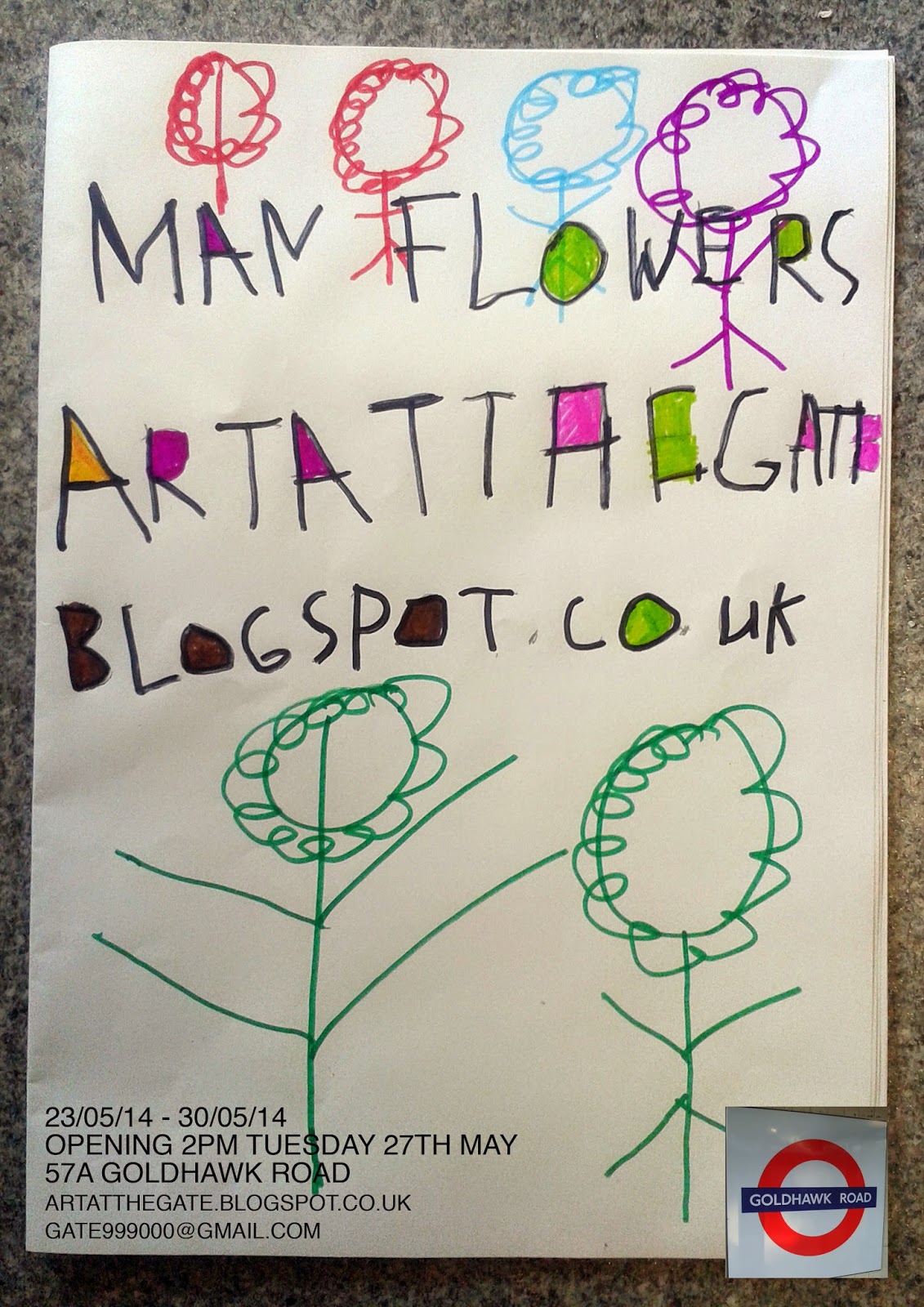 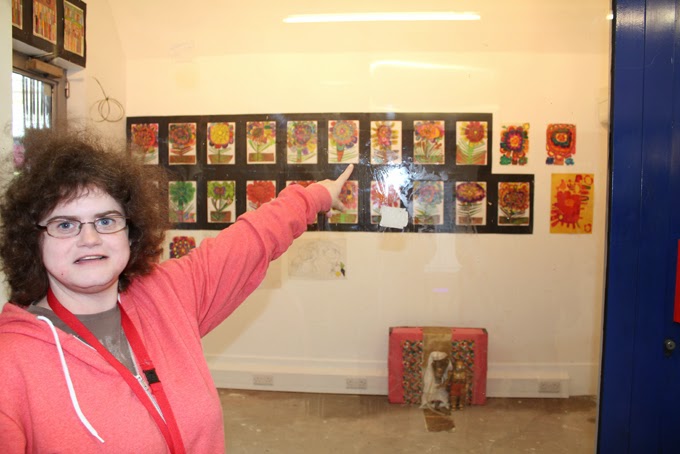 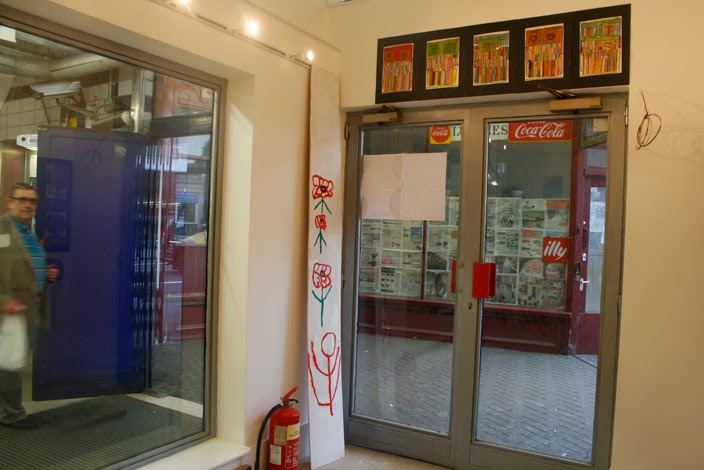 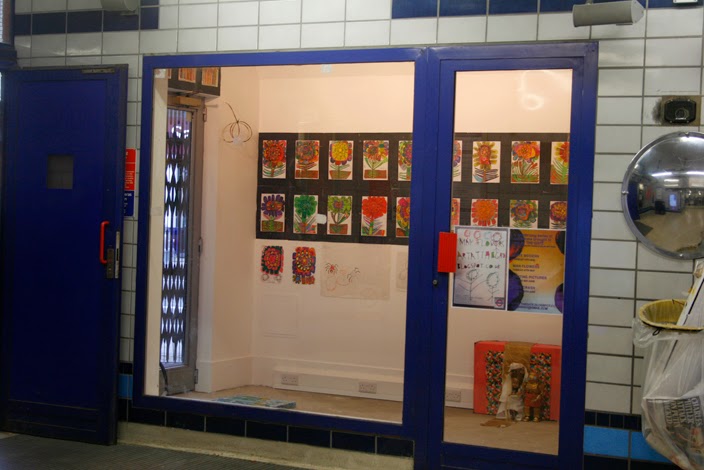 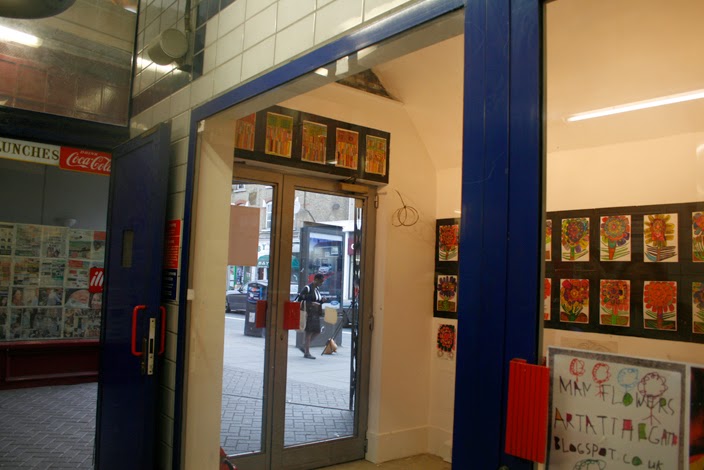 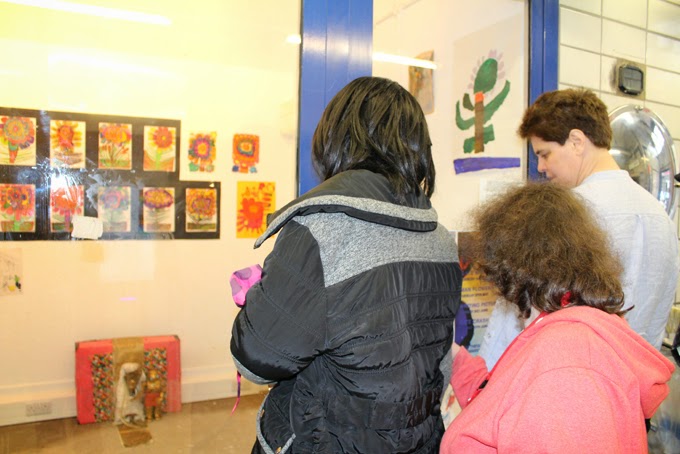 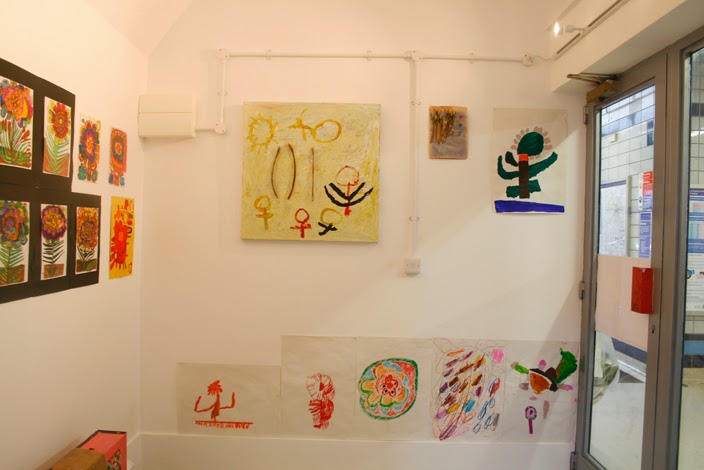 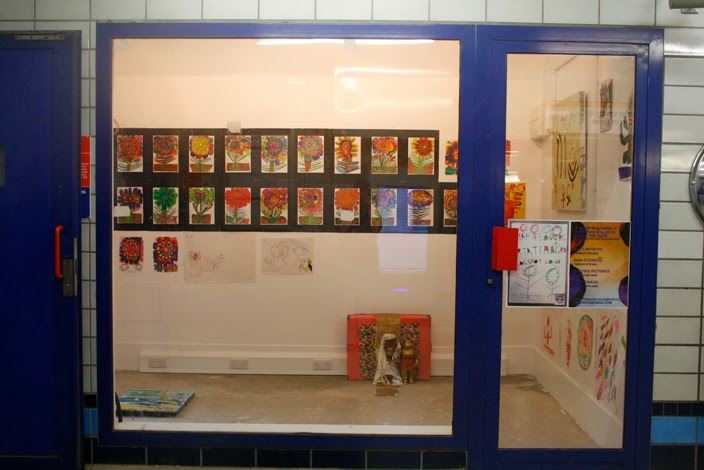 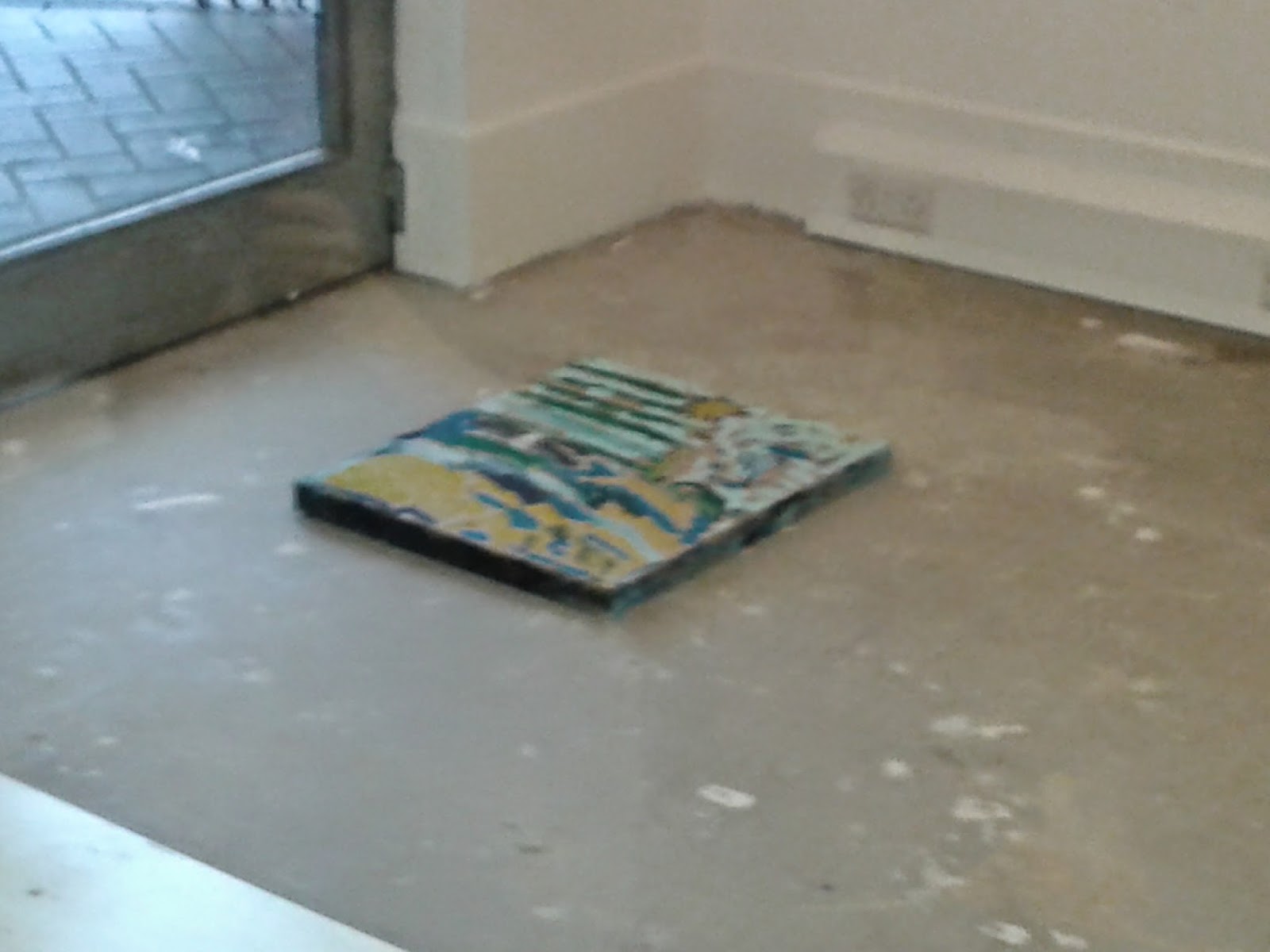 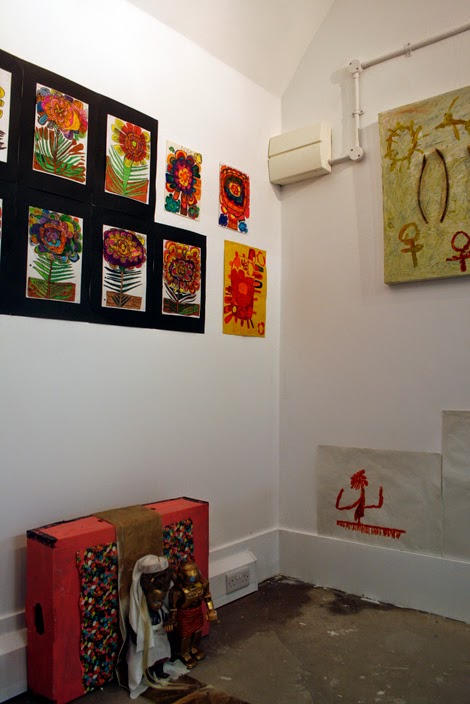 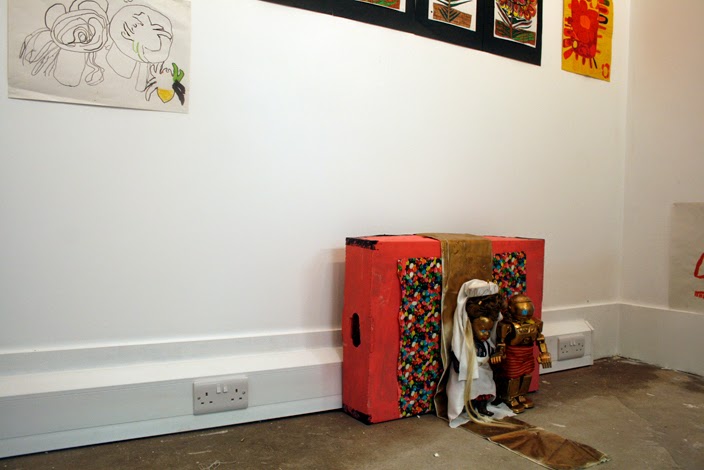 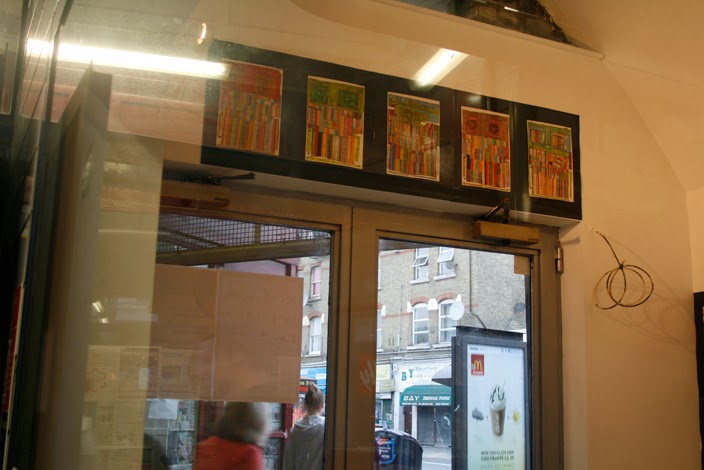 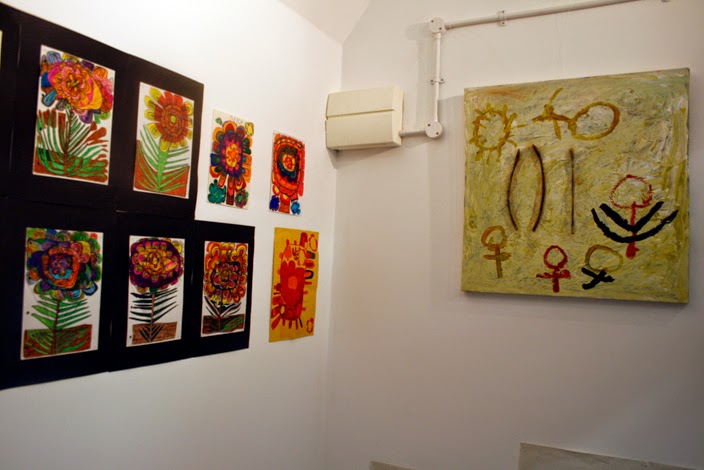 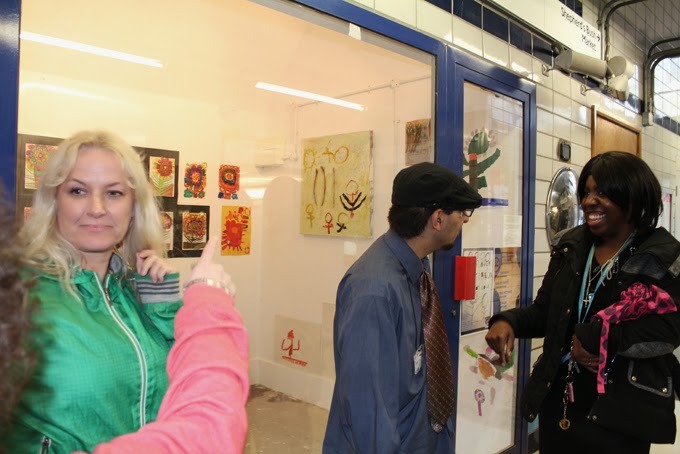 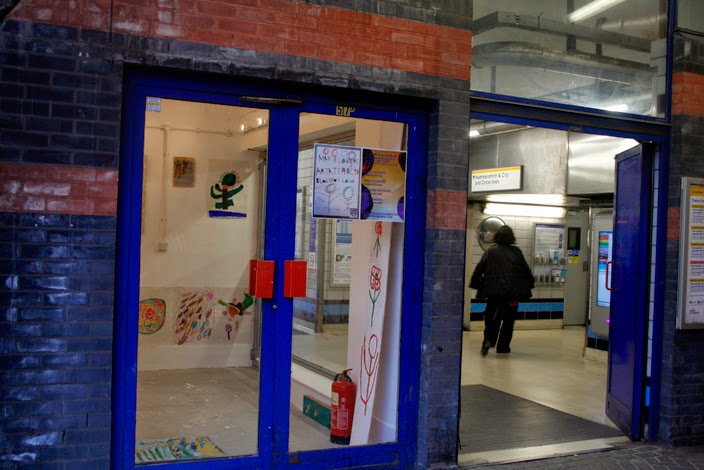 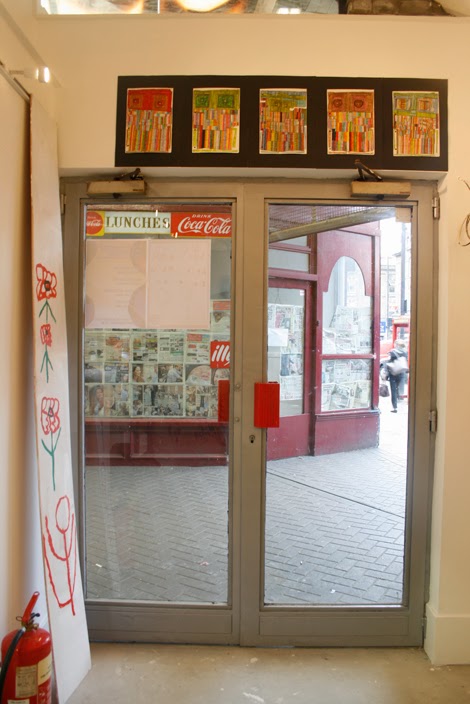 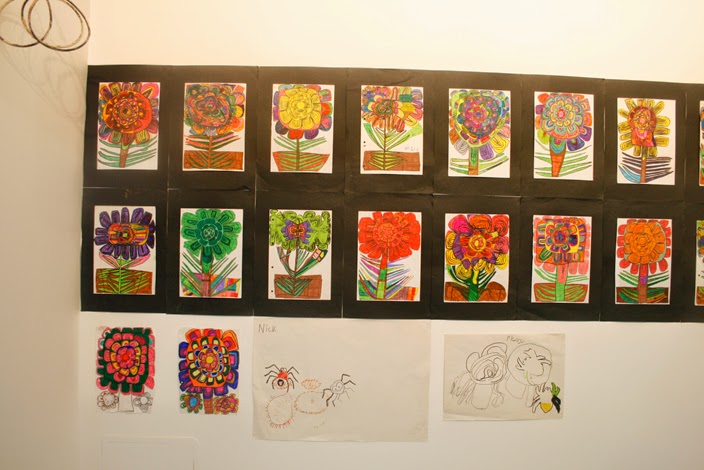 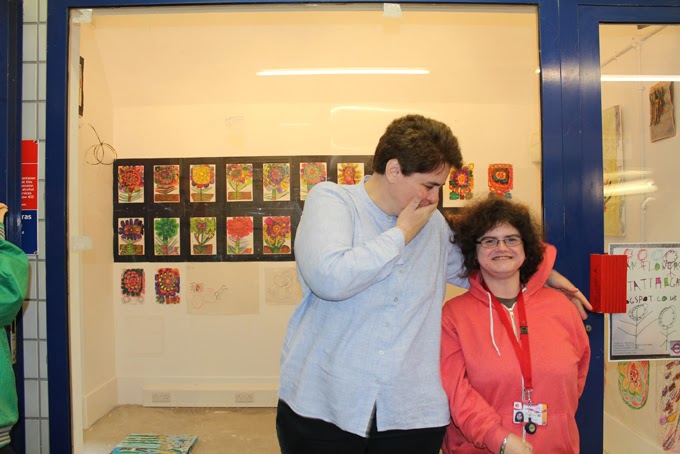 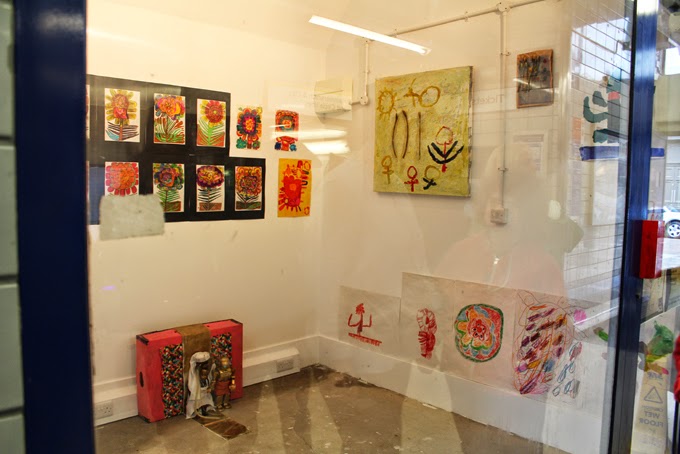 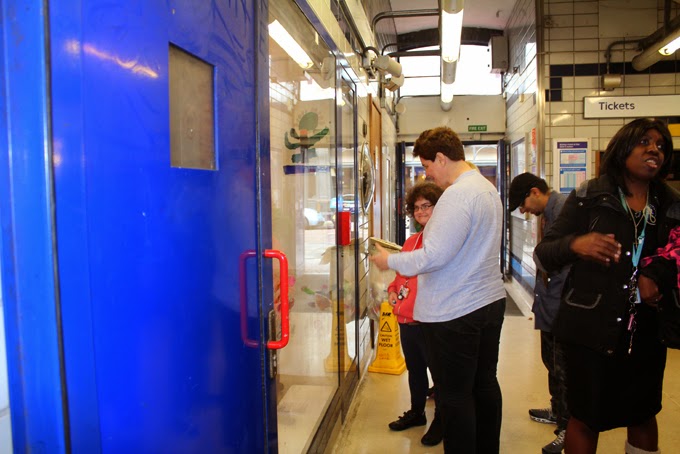 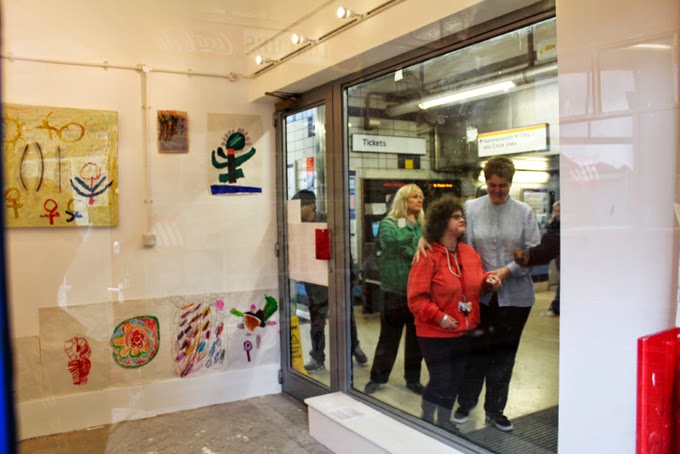 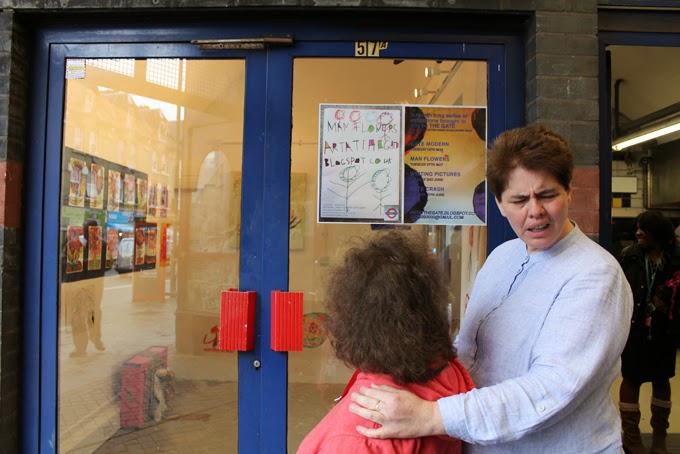 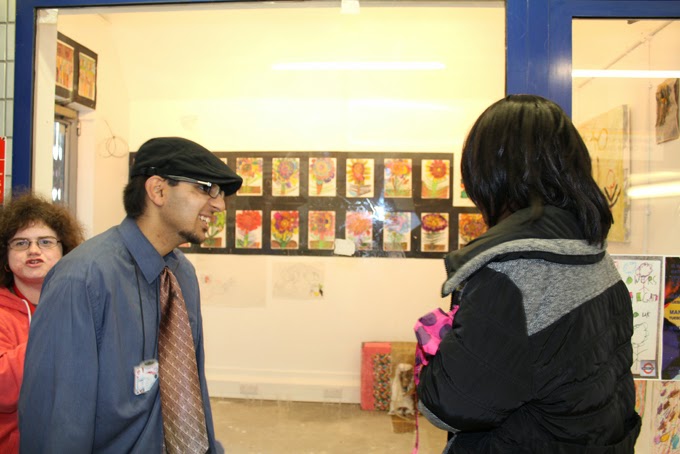 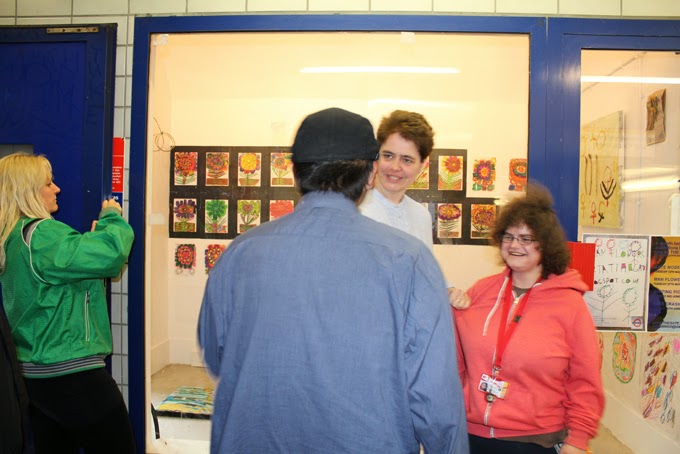 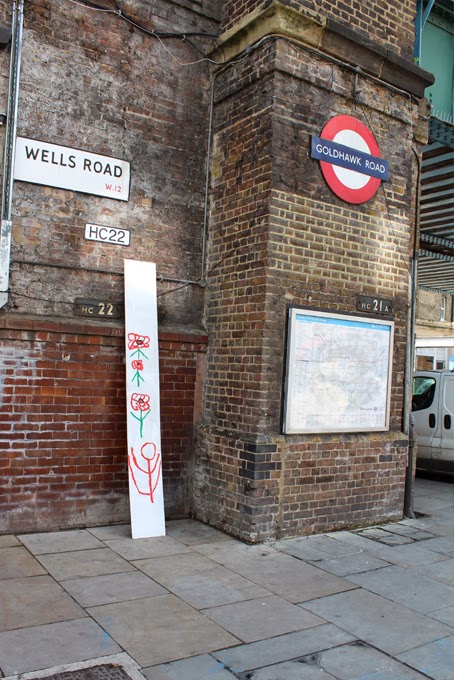 The artwork comes from Nick at ‘The Gate’, located in Richford Gate, near the station.
‘The Gate’ is a local charity, which was created in 1996, which supports local residents aged 18-70 with learning difficulties.
In the classes, the participants produce a mixture of art, historical and freeform work. The charity facilitates an idea the artist already has but sometimes needs assistance.
The display features a body of work by one of the members of the Gate called Nick.
Nick has focussed on drawing psychedelic flowers while he has been a member of the Gate. Recently his illness has taken a turn for the worse and it’s affected his ability to draw. In honour of him, the other members of the Gate wanted to do an exhibition of his work along with some of their interpretations of his use of the flower motif.
An opening for the MAN FLOWERS show is at 14:00 today at the station, where you can meet the artists.
Ibrahim Mirza, Station Supervisor said: “We managed to get the unit from TfL Group Properties after having noticed it was empty and enquired about the possibility of using it before it was used for commercial purposes again.”
Posted by THEGATE at 14:51

Email ThisBlogThis!Share to TwitterShare to FacebookShare to Pinterest
Labels: Nick